This was the announcement made by Stefan Raab, the host of the German late night show TV total, as members of Team PhyPA, our group of Brain-Computer Interface (BCI) research from the Department of Biological Psychology and Neuroergonomics at Berlin Institute of Technology, entered the stage.

It was the opening to an exciting live demonstration of BCI technology, where two people were about to play a special version of “mindball”, a two-person game in which players are competing to control a ball’s movement across a table using their brain waves by becoming more relaxed and calm.

On the show, the main idea remained, but instead of a ball, the two players had to control a drone flying in the air between them, as they were standing at the two ends of a smaller tennis field. The rearrangement of the game set-up also led to its new name: “drone-tennis”.

Right before the actual game

… both players were set up with a novel version of Brain Products’ wireless, dry EEG system. The BCI was then calibrated during the show. The BCI was built to discriminate a player’s state of relaxation from another state in which he was stressed and tense. In the show, there were less than seven minutes of time available for these two steps.

This training procedure was one of the biggest challenges for making this demonstration possible for the TV show. It typically takes much longer to set up an EEG system and even longer to calibrate a BCI. Achieving this was only possible with the novel dry electrode system and a calibration procedure that was well timed, where we included only those steps that were absolutely necessary.

During the set-up phase, Stefan Raab interviewed me about our team’s work at the Department of Biological Psychology and Neuroergonomics while three members of Team PhyPA took care of the preparations.

The two players took their places on the court’s edges and the drone started flying over the middle line between them. After a start signal, the two players were apparently struggling at first to react with relaxation and concentration to the drone when it flew towards them – instead of becoming stressed and tense. Three rounds of “drone-tennis” were played in which the BCI-controlled drone was steered back and forth towards each other by the two players. The result was 2:1 and both players said that they found the experience enjoyable and exciting.

The dynamics of the game in the last round were particularly exciting, as they clearly showed how the BCI was correctly tracking the brain state of the players. One player, Elton, had a clear advantage but was distracted by Stefan Raab, such that he finally lost the round.

It has been exciting to see first-time players to put the methods of our everyday research into action in a real-world environment. Moreover, I am very happy to have taken the chance to present our field of research and its basic ideas to a broad audience.

As for my collaborators

I wish to thank Brain Products and Parrot (the manufacturer of the drone) for their flexibility to provide such advanced equipment on such very short notice and for their reliable and professional support all throughout such a challenging project. I am further grateful to the team at “TV total” for the professional and, above all, nice and friendly collaboration throughout the whole experience, from the initial planning phase up to our actual appearance on the show. Finally, I wish to thank my colleagues in Team PhyPA, Jonas Broenstrup, Josef Faller and Markus Fleck as well as Prof. Dr. Klaus Gramann. Their dedicated and focused work was the foundation for the success of this project. 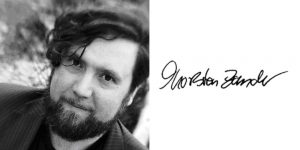