LiveAmp joins the Brain Products family of amplifiers (BrainAmp, actiCHamp and V-Amp) that can be used by the open-source community. This article shows how to use LiveAmp in OpenViBE, BCI2000 and LSL open-source frameworks.

The table below gives an overview of Brain Products amplifiers that are supported by the most popular open-source platforms in BCI (Brain-Computer-Interface) development.

Initially developed by the Inria research institute, OpenViBE is a complete program for BCI and neuroscience research. It is freely available; and, in the hands of a well-trained user has amazing capabilities. Since OpenViBE version 2.0, LiveAmp is fully integrated within the OpenViBE Acquisition Server (see figure below).

BCI2000 is a general-purpose, free software system for brain-computer interface (BCI) research. It supports a variety of data acquisition systems and study/feedback paradigms for studying different types of brain activity. The acquisition devices within BCI2000 are listed under “Signal source” (see figure below). The BCI2000Launcher program provides a convenient user interface for setting up the BCI experiments. Since version 3.7, LiveAmp is fully integrated into the BCI2000 Framework. 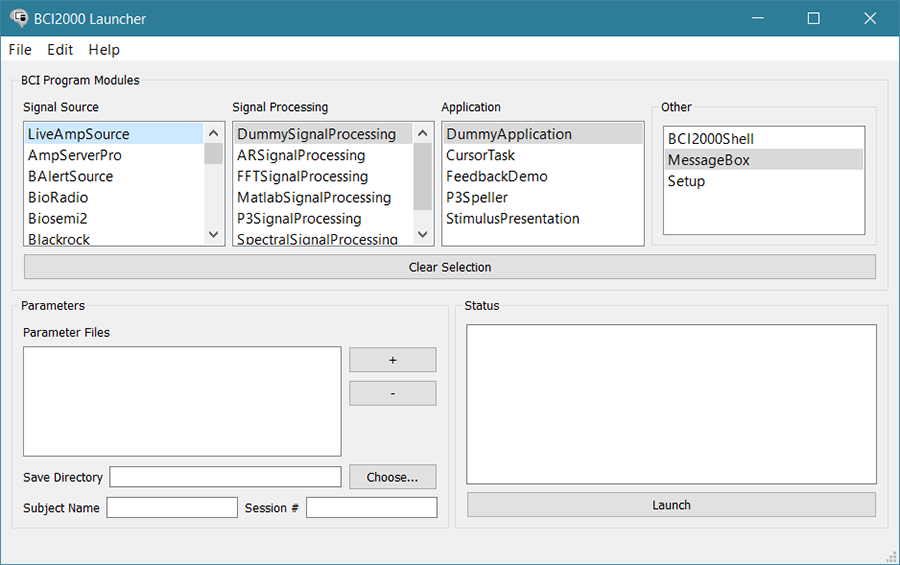 See here for more information about configuration and proper use of the LiveAmp in BCI2000.

LabStreamingLayer (LSL) is an open-source framework for robust, high-speed data streaming and synchronization (either locally or over a network).

It was initially developed by Christian Kothe at the Swartz Center for Computational Neuroscience at the University of California, San Diego. Since its initial release in 2014 it has become a standard tool for experimental neuroscience research and BCIs.

The core of LSL is a software library that can be accessed by a variety of programming languages (C/C++, Python, C#, MATLAB®, etc.). LSL also offers a great many standalone applications. These provide simple graphical user interfaces for connecting supported hardware devices to that library. These connector applications allow for quick, simple, ‘out of the box’ access to real-time device data via the LSL framework. All of Brain Products’ amplifiers, including LiveAmp, are supported in this way. 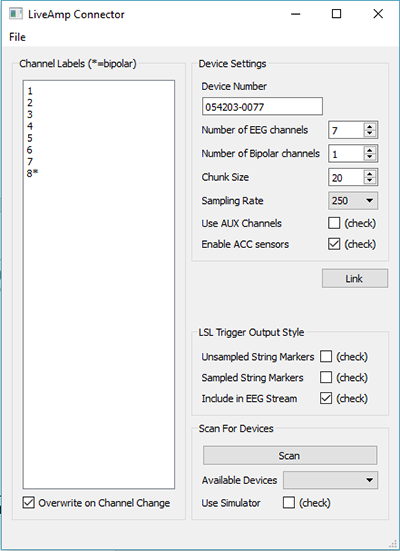