Skip to content
Beyond surface EEG: An invitation to source analysis with LORETA

Beyond surface EEG: An invitation to source analysis with LORETA

This article presents the improved version of the LORETA transform in the new version of BrainVision Analyzer 2.1.0 (to be released in the course of October 2014). The main features of the new LORETA dialog are explained and the virtues of LORETA analysis of EEG data are discussed. Hopefully this brief introduction will encourage you to use the new LORETA transform and push your research questions beyond the head surface into the neural source domain.

The fundamental discovery of the human electroencephalogram (EEG) by Hans Berger gave a new twist to the history of human neuroscience. After many decades of research and applications, EEG continues to be a very active and stimulating field of research. One of the main reasons is that EEG reflects the underlying dynamic symphony of neural activity at the millisecond scale, which offers a privileged window into brain function and the neural underpinnings of cognition. However, non-invasive human EEG recordings meet a natural frontier at the head surface, which prohibits direct access to the neural source domain. Therefore, true neural activity can only be inferred from the electrical potentials measured at each electrode site on the scalp. Source analysis techniques aim to estimate the location and dynamics of the underlying neural generators of EEG, i.e., to provide a solution to the EEG inverse problem (Grech et al., 2008). Although there is theoretically no unique solution to the EEG inverse problem, several techniques have been proposed to overcome this obstacle. Low Resolution Electromagnetic Tomography (LORETA) is one possible approach which computes an instantaneous, three-dimensional, discrete linear solution consisting of the smoothest of all possible neural current density distributions (Pascual-Marqui et al., 1994). LORETA is a well-established method which has gained wide-spread popularity and has been used on hundreds of scientific publications (Pascual-Marqui et al., 2002).

In Analyzer 2.1.0 the LORETA dialog has been considerably improved in order to facilitate the creation of ROIs and their visualization in the MNI brain images.

Several new features are worth mentioning: 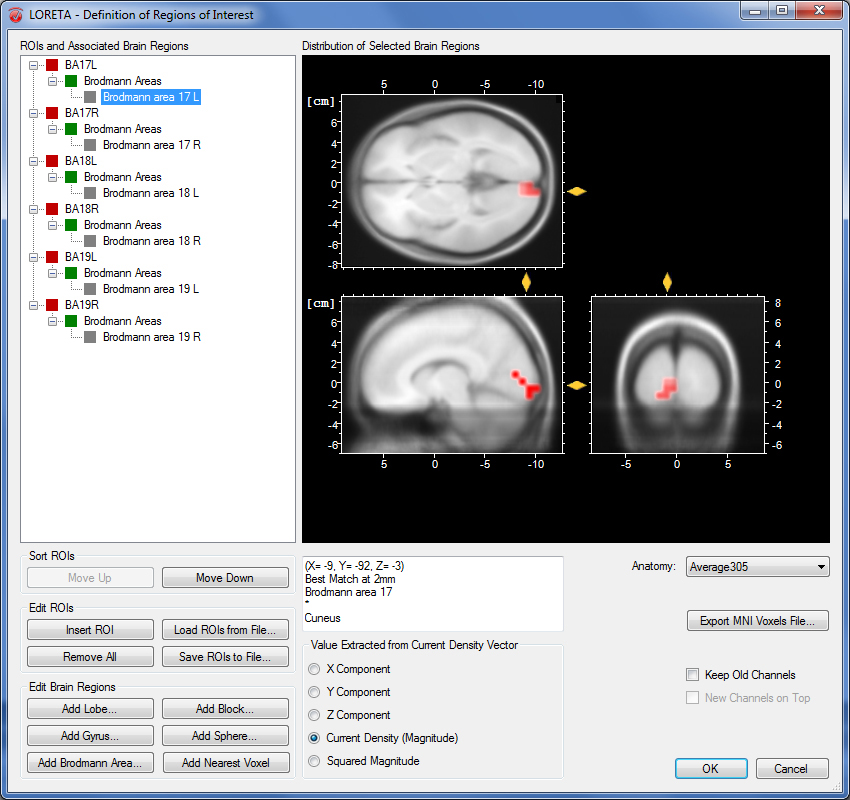 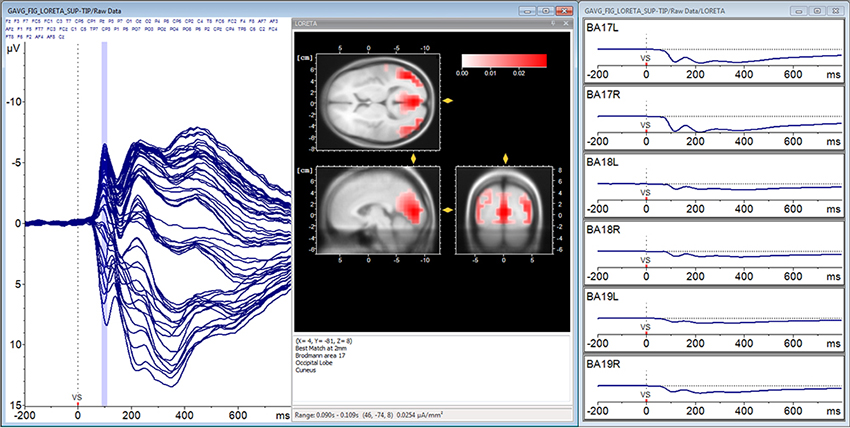 As shown in Figure 1, it is now very easy to create a ROI tree where the spatial location of each contributing brain region can be visualized in the MNI brain images. Besides, EEG/ERP data can be combined with the LORETA transient view and the LORETA channels in order to create a comprehensive picture of the underlying neural dynamics.

In case you have experienced some obstacles in the past to perform a source analysis of your time-domain data, why not try it now in the new version of Analyzer 2.1.0? I would like to encourage you to get familiar with this technique and use it in your own research. Incorporating LORETA analysis into your EEG processing pipeline may also increase the impact of your publications. My colleagues in the Scientific Support team and I will be happy to help you through the necessary steps to enhance your expertise in the field of EEG source analysis. Do not hesitate to contact us at support@brainproducts.com for more details.