Scientific experiments often result in complicated data that can be arranged in many ways. Even two researchers working in the same lab sometimes arrange their data differently. The lack of standards on how to organize and share data, leads to misunderstandings and the wasting of time on rearranging data or rewriting scripts. To counter this problem and create commonly accepted standards for organizing and sharing neuroimaging data, the BIDS (Brain Imaging Data Structure) standard was established.

In the beginning, the goal of BIDS was mainly to create standards for the description, handling and sharing of MRI (Magnetic Resonance Imaging) datasets. In the meantime, efforts were expanded and standards for storing and sharing multidimensional MEG (Magnetoencephalography) data were also defined.

The extension of BIDS to EEG and iEEG data closely follows the general BIDS specification. Each subject’s data corresponds to a directory of raw data containing subdirectories for each session and data modality. The figure below provides an approximate representation of the transition from custom EEG file naming and organization to the EEG-BIDS standard. More details are reported in the EEG-BIDS and iEEG-BIDS publications. 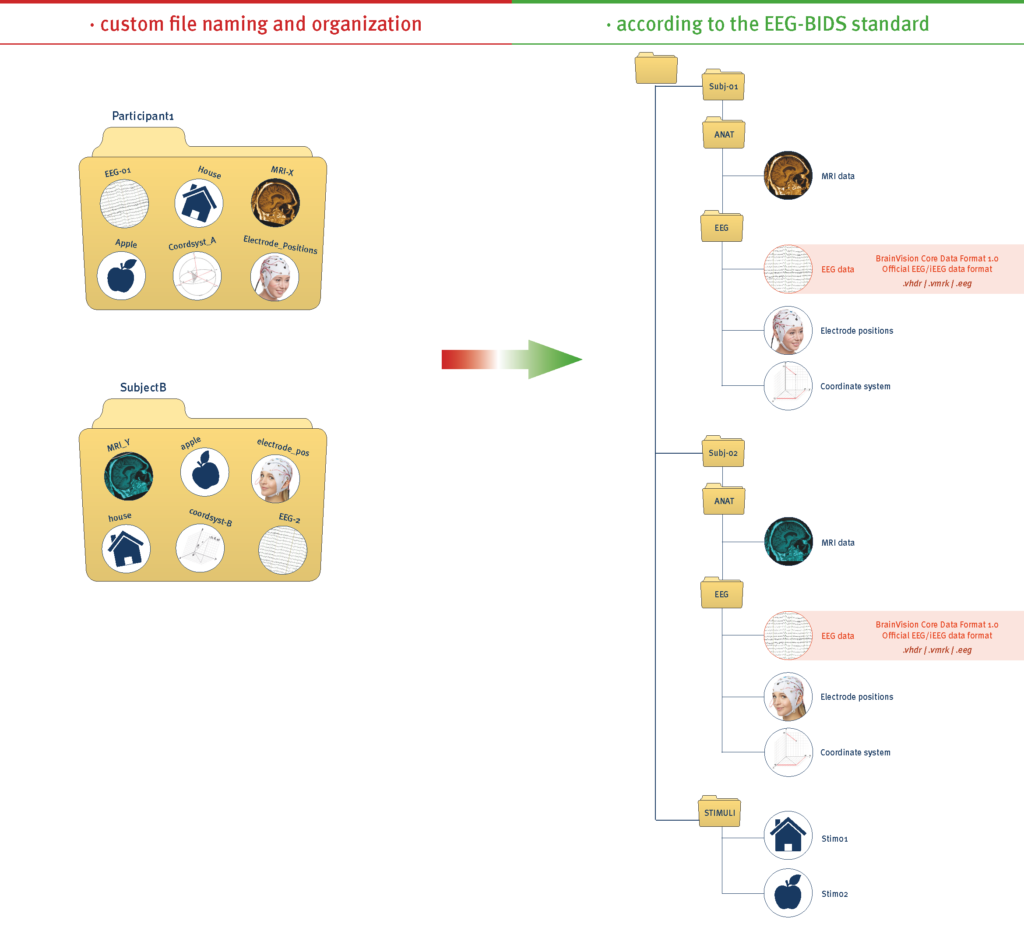 Due to the robustness and widespread use of Brain Products’ BrainVision Core Data Format 1.0 (BVCD), BIDS has adopted it as one of the recommended official EEG/iEEG data formats.

To give you a brief overview, an EEG recording consists of three separate files:

For further information refer to the official documentation of our BVCD format.

We are happy to be part of this movement and would like to thank the BIDS community for their efforts. Stay tuned for more BIDS-related developments we have in the pipeline.

For more on how Brain Products supports open science, check out our Open Access Grant.